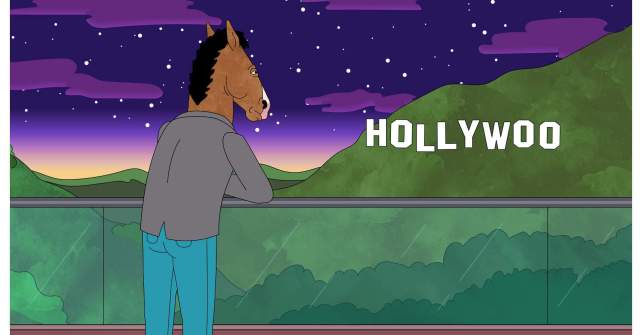 The animated Netflix show BoJack Horseman about a famous horse actor made headlines in season 1 when the title character stole the D in the Hollywood Sign as a present for another character named Diane. Hollywood then became Hollywoo for the rest of the show. Now it’s airing it’s 6th and final season, the show has finally righted the situation (sort of), replacing the destroyed D with a B making Hollywoo into Hollywoob.

Have you seen the Sign in a movie, TV show, video game, or music video and would like to report it to us? Please do so here.