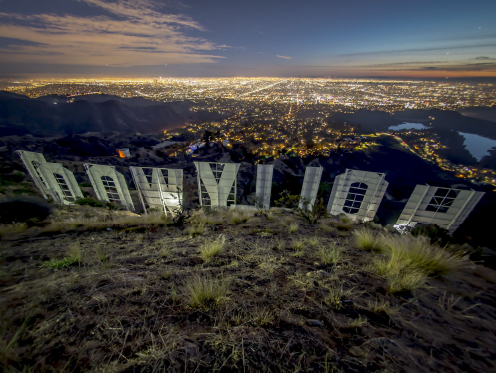 “All of us who love the Hollywood Sign–and those who admire it from afar–say, “Hats off to Hugh” for keeping the dream alive on Mt.Lee. In 1978, when the Sign had deteriorated beyond repair, Hugh Hefner said, “Let’s do this right,” and hosted a fundraiser at his famous home. His celebrity guests contributed the funds to build the lasting set of nine letters we see today, and he provided the lead gift to rebuild the “Y” in the Sign. Thirty two years later, when the postcard image of Mt.Lee and the Hollywood Sign was threatened by potential development, Mr. Hefner came forward again and capped the fundraising effort to purchase the land with his closing gift of $1 million. The Hollywood Sign Trust has lost a best friend who has championed the Hollywood Sign for nearly 40 years. We send our sympathy to Hugh Hefner’s family, friends and colleagues.”